LPW Pyromania is a professional e-wrestling show for Lords of Pain Wrestling (LPW) that currently broadcasts from the Lords of Pain website. The show's name, trademarked by LPW as Pyromania, is also used to refer to the Pyromania brand, in which superstars are assigned to work and perform on that program; the other brand is Insanity.

The show originally debuted as PWA Pyromania in 2004 as the second brand and show for the Psychotic Wrestling Alliance (PWA). In April of 2007, due to creative differences on how the promotion should be operated, the PWA came under new management and was renamed Lords of Pain Wrestling, while Pyromania was renamed Inferno. At Redemption in 2010, then-General Manager Drew Michaels changed the name back to Pyromania.

In 2004, the Psychotic Wrestling Alliance roster had grown so large that management decided to enact a brand extension. The PWA's flagship show, Schizophrenia (now Insanity) became it's own brand, while the newly created Pyromania became the second brand. During the draft, Pyromania would draft the title holders of the PWA Western States Heritage Championship, PWA World Tag Team Championship, and PWA Hardcore Championship, thus bringing over three of the original top four PWA titles to the brand. It was evident from the start that Pyromania would ignite the careers of the promotion's most promising young talent, while also sparking new opportunities to a number of veterans.

Shortly after the brand split, Schizophrenia and Pyromania co-presented the cross-brand pay-per-view, Altered Reality. On this night, Pyromania crowned its first PWA International Heavyweight Champion, the highest ranked championship on the brand. The title's inception was contested in a triple threat ladder match between Stone, Son of Repoman, and Sashaband. The match is infamous for its ending when all three men climbed separate ladders to reach for the vacant title, only to see all three crash to the mat with the title. From out of the debris, Stone lifted the title, becoming Pyromania's first International Heavyweight Champion. As Pyromania's champion and behind-the-scenes head booker, Stone dominated the brand during its first year.

In the summer of 2005 after both brands had been firmly established, the PWA presented Altered Reality II, where Schizophrenia and Pyromania battled against each other in a series of matches to determine who was the superior brand. Ultimate bragging rights were showcased in the main event, when Stone faced SoL (Schizo's reigning World Heavyweight Champion) for the inaugural Martinez Cup. SoL defeated Stone in the "champion of champions" match, leading Schizophrenia to just one match shy of sweeping Pyromania at the event. Shortly after the loss, Stone left the company, leaving Pyromania without a champion and booker.

The Revolution IS Here[]

Despite being doused at Altered Reality II, the Pyromania locker-room rallied together and rose like a phoenix out of the ashes. Led by Jaro, the brand's newest International Heavyweight Champion and head booker, Pyromania climbed in the ratings and fanbase. Using his affiliation with Schizo's Illuminati, Jaro created a Pyro spin-off of the stable named The Paragon, which consisted of Pyro's most successful villains. With Takeover as the Western States Heritage Champion, Morpheus as the Hardcore Champion, and Zuma as the enforcer, the Paragon protected Jaro from losing his International Heavyweight Championship.

Pyromania was reaching new competitive heights which had never been seen before in e-wrestling history. Thanks to its compelling storylines, unique matches, and motivated roster, Pyromania was able to create new stars and attract the talent which would lead the promotion into future generations. Because of its growing popularity, Pyromania announced that it would split its own brand into two more brands: PWA Pyromania: Inferno and PWA Pyromania: Fusion. The brand extension was scheduled to take place at Pyromania 9.1, a night removed from Altered Reality III.

At One Way Ticket, Jaro successfully retained the International Heavyweight Championship by defeating Robb Larsen. After the match, the Pyromania locker-room emptied to join Jaro in the ring, pledging a brand alliance to defeat its Schizophrenia counter-part at the cross-brand Altered Reality III pay-per-view. Jaro was the odds-on favorite to beat Pen (Schizo's newest World Champion) for the second Martinez Cup. In addition, Jaro announced he would cash-in on his world title shot from winning the 2005 Owner's Cup and challenege Pen for his World Championship.

There was no doubt that Pyromania had never been stronger. Just days before the premiere pay-per-view however, things would take a drastic turn.

Days before Altered Reality III, PWA owner Villiano 187 controversially fired Pyromania's Jaro, Robb Larsen, and Showstoppa due to their solicitation of PWA talent for the upstart Full Metal Wrestling promotion. This was done a week after Villiano was rumored to have made a last-minute booking change at One Way Ticket, where it was spectulated that he had used his administrative power to change the decision in his favor in a match against the flamboyant Showstoppa.

Nevertheless, as a result, Jaro was immediately banned from the PWA, fired as Pyromania's head booker, and stripped of the International Heavyweight Championship. The shocking announcement sent shockwaves throughout the federation, leaving the year's biggest PWA pay-per-view in question. Due to the conspiracy of the backstage events, the controversial story has since gained the nickname Pyrogate.

Despite the surrounding events, Altered Reality III went on. With the Martinez Cup main event in jeopardy, management decided to appoint Schizophrenia's D. Hammond Samuels as the new International Heavyweight Champion (Samuels had recently lost the World Heavyweight Championship to Pen at Schizos Wild). The fact that Samuels was representing a brand that he had never competed for and a title he never won, only fueled the fire to the Pyromania faithful who felt betrayed by Villiano's rash executive decision.

After all the pre-show hoopla had settled, Pen defeated Samuels to win the Martinez Cup. Pyromania tied Schizophrenia in the cross-brand competition, each winning four matches apiece. But brand pride wouldn't mean much for long, because it was announced that instead of the Pyromania draft, the entire PWA roster would be re-drafted at the next PWA event, Homecoming. 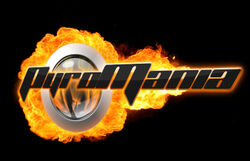 After the events surrounding Altered Reality III, the rosters were re-drafted at the Homecoming Draft. During the show, Spectre was announced as the new general manager of Pyromania. With the second overall pick, Spectre was thought to have selected cYnical, who was Pyromania's most recognized superstar and reigning Cleansed Champion. But in the night's most shocking moment, cYnical was instead traded to Schizophrenia for additional draft picks. Already upset over Jaro's firing, this newest move by management infuriated cYnical to no end, forcing him to boil over and create The Uprising, a faction bent on overthrowing PWA management.

With the third overall pick, Pyromania drafted D. Hammond Samuels, thus retaining the International Heavyweight Championship to where it first began. In addition, Pyromania brought over the PWA United States Championship and PWA Television Championship when they selected Drew "Headbanger" Michaels and Robert Lillehammer from Schizo, both of whom had won their respective titles earlier in the show (Pyro would lose the Cleansed Championship and Hardcore Championship to Schizo).

Much like how Pyromania handled the first draft, Spectre drafted many of the PWA's most promising "young lions", while also selecting many veterans who were looking for fresh opportunities. As Pyromania continued to grow, several retired veterans decided to make a comeback and became part of the revamped brand.

In April of 2007, due to creative differences on how the promotion should be operated, the Psychotic Wrestling Alliance came under new management and was immediately renamed Lords of Pain Wrestling to coincide with the broadcasting website's name. Pyromania was renamed to Inferno as a result. The brand also changed it's trademark orange colors in favor of becoming "The Blue Brand".

After the Homecoming Draft, D. Hammond Samuels kept a vice-grip on the supposedly cursed LPW International Heavyweight Championship. Referring to himself as a "non-champion", Samuels dominated Inferno with an unprecendented seven consecutive title defenses, even withstanding a temporary stripping of the title at Night of Champions until general manager Spectre reinstated Samuels after he presented evidence to counter the claim.

The main storyline of 2007 was the bitter feud between Samuels and Drew Michaels. After Michaels had been named Samuels' next challenger, Michaels married his pregnant girlfriend, Juliet. After the exchanges of "I Do", the wedding was crashed by a group led by Robert Lillehammer. The newlyweds tried to escape through the crowd, but were intercepted by Samuels. Samuels would hit Michaels, forcing him to fall on Juliet and killing the Michaels' unborn baby. The two squared off at Sacrament in a 60-minute Iron Man Match, where Samuels emerged victorious. But Michaels would not be denied, as he was granted a rematch against Samuels for the title at Dead Reckoning. In Samuels' specialty match, the Tijuana Cage Match, Michaels DDT'd Samuels from the top of the cage to the canvas below, shattering the ring in the process. Crawling out of the debris, Michaels pinned Samuels to end his 17-month reign as champion.

In the main event at Altered Reality IV, Drew Michaels squared off against cYnical in a Champion versus Champion match for the third annual Martinez Cup. cYnical, who represented the Insanity brand as its LPW World Heavyweight Champion, looked like he had won the match by pinning Michaels. Unknown to cYnical, Michaels had draped his foot on the bottom rope before the administered three-count. Spectre (who was commentating at ringside) overruled the decision, citing the instant replay. Outraged, cYnical bloodied Spectre while Michaels recovered. Michaels resurrected from his predicament and rallied back to defeat cYnical, bringing the Martinez Cup to Inferno for the very first time.

Because of the controversial decisions administered during Altered Reality IV, Spectre stepped down as LPW President and Inferno general manager. Soon afterwards, LPW began to bleed money due to the global economic crisis of 2008. Forced to take immediate action to find a suitable replacement, the Board of Directors quickly hired a shadowed and mysterious businessman as its CEO to shore up company profits. Wishing to remain anonymous, The Boss as he called himself, assumed the responsibilities of Inferno general manager. At Homecoming, the entire LPW roster was re-drafted with Michaels being selected to Insanity with the first overall pick, while cYnical was drafted to Inferno with the second pick. During the course of the draft, Inferno would also select White Falcon to bring the LPW Cleansed Championship back to Inferno. At the conclusion of the show however, Insanity General Manager Little Red and The Boss agreed to trade both champions, bringing Michaels back to Inferno.

Because of LPW's unique e-fed style, Pyromania chronicles its shows by numbered denominations. This has been done since the original LPW brand split.

The denominations first list the numbered cycle, followed by a period, then by another number to list the show. The latter part of the number can only go as high as four, since the fifth show is reserved for Pyromania pay-per-view events which do not get numbered.

For example, Pyromania 10.3 represents an Pyromania show which is in its tenth cycle and third show since the original LPW brand split.

Logo for the Redemption pay-per-view

Pyromania presents four brand-exclusive pay-per-views every year. After the fourth and final Pyromania pay-per-view of the year, Insanity and Pyromania co-promote the joint Altered Reality pay-per-view, which is the biggest LPW show of the year. For more details on previous and upcoming cards, click on the appropriate link.

Recently, Pyromania has begun using supershows to hype upcoming pay-per-views. So far, there has been three Pyromania exclusive-supershows. In addition, Pyromania and Insanity promoted the joint-supershow, Honor Roll, on January 18, 2009.

† The LPW Tag Team Championship is featured and defended on both brands.

Community content is available under CC-BY-SA unless otherwise noted.
Advertisement